Have you ever been to Crosby, Maine with the very special Olive Kitteridge?

Olive is back once more in Olive, Again by Pulitzer Prize winner Elizabeth Strout.

Olive still has all her quirks, directness, and often failed attempts at meaningful social interaction. Olive Kitteridge, as many know, is not a new character on the literary scene. She is a well known quantity often described as the queen of the curmudgeons with a heart of gold. Her empathetic personality is as famous as her obtuseness.

Olive is older now and retired from teaching. She still lives in the same house that she shared with her now deceased husband. Olive spends a lot of time on her own, but still managing to make impact on those lucky enough to be in her orbit.

Olive finds companionship in the form of a retired professor, Jack Kennison. I think Strout wants to keep Olive from loneliness as the march to old age goes on. These feelings of love are scary for Olive.

It was as though waves swung her up and then down, tossing her high—high—and then the darkness came from below and she felt terror and struggled. Because she saw that her life—her life, what a silly foolish notion, her life—that her life was different, might possibly be very different or might not be different at all, and both ideas were unspeakably awful to her, except for when the waves took her high and she felt such gladness, but it did not last long, and she was down again, deep under the waves, and it was like that—back and forth, up and down, she was exhausted and could not sleep.

I wonder if creating a character for an author is much like giving life to a human. As a mother, I work hard to give my child what she needs: food, water, shelter, cute shoes.

I also work had to help develop her character with admirable traits. I want her not only to achieve her full potential, but to be fulfilled, be happy, and find a place in this life that fits her well.

That feeling of developing, refining and ultimately finding a place of peace and fulfillment for your child, in every way reminds me of Olive, Again.

This feels like the story, where Strout (like any good parent) is making sure Olive is settled. Loose ends are tied up (as much as they can be in the dazzling messiness that is life).

Olive has lived a life. It wasn’t always a life that made her proud or even happy. But it was a life of impact, for better or for worse.

With Olive, Again Strout maintains her beautiful writing style. She understands people, and we understand ourselves a little bit more by reading Strout.

I was delighted to meet some characters from previous novels in this sequel. At same time, each chapter felt a bit like a short story of its own and not as interconnected as the first Olive.

It’s a fast read and you take away something very special from each chapter. If you only ever read one random chapter from this book, you will still be better for it.

I don’t think we will be seeing Olive again after this. But, it’s okay because she has given us an awful lot. 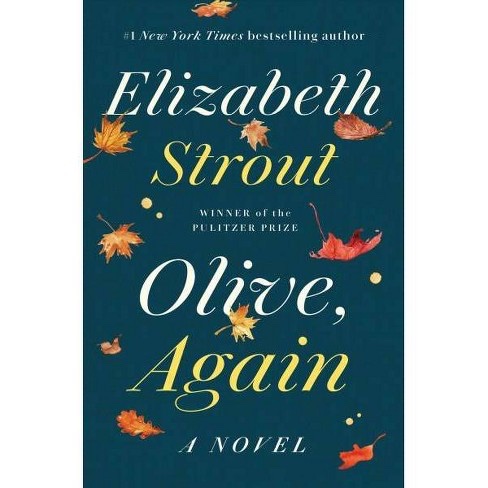 Thank you Random House and Netgalley for the ARC in exchange for my honest review.

Reading with My Eyes

lots of tales from the spine, your place for book reviews of all kinds

Exploring What Captivates, Inspires, and Intrigues Us.

Musings and books from a grunty overthinker

Stories and photos from Scotland

A book blog by Jane Brown